« The Westin Paris - Vendôme invites you to celebrate the festive season in an unforgettable setting.

Ideally located opposite the Tuileries Garden, a few steps away from famous Paris landmarks and deluxe shopping destinations, Le First Restaurant welcomes you to a cosy, warm, elegant setting designed by Jacques Garcia.

During the summer period, the restaurant welcomes you on the beautiful Summer Terrace. Iconic place in the heart of The Westin Paris - Vendôme, the Summer Terrace is the ideal place for a refreshing break. 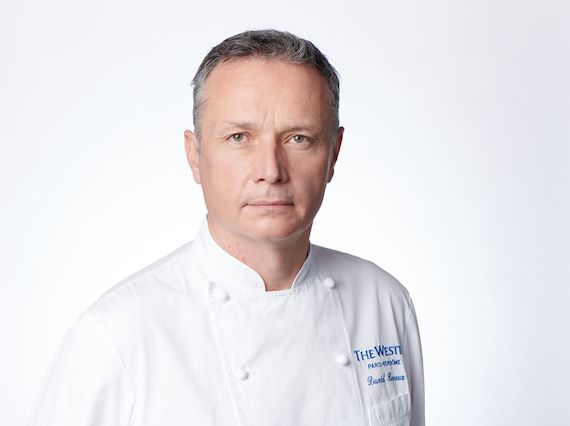 David Reneux, Executive Chef
Born in the province of Anjou, a historical and cultural region of the Pays de la Loire, David Reneux was influenced from an early age by the cuisine of his uncle, a restaurant owner.
He obtained the certification CAP as a cook,  a classic course in French cuisine that later led him to Paris.

Arriving in 1991 at the Hotel InterContinental as a kitchen clerk, he climbed the ranks thanks to his perseverance, until becoming in 2021 the Executive Chef of the Hotel Westin Paris Vendôme.

With 30 years of experience, David Reneux renews himself daily and enjoys sharing a creative and innovative cuisine throughout the seasons.